It is estimated that Ghana loses between US$30 million to US$100 million every year in additional revenues due to not processing all the raw cashew nuts (RCN) produced in the country, an agro-processing expert, Shakti Pal, has disclosed.

He said despite the country’s competitive advantage of producing good quality RCN, it is lagging behind on the processing front – thus processing just 10% of its total production while the rest is exported in its raw state to countries like India and Vietnam.

“Ghana raw cashews nuts are processing-friendly nuts, and a competitive industry can be built with local processing. Nuts produced in the country are of high quality, higher outturn ranging from 48-50lbs, impact higher yields. A good nut counts for 180-190 – bigger in size; kernels produced are of higher grades and impact average price positively,” he stated. 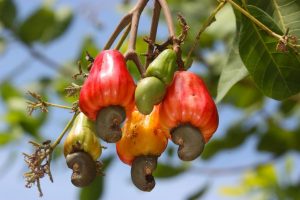 Ghana is the ninth-largest RCN producer in the world, as domestic production of RCN in the just-ended 2021 season stood at 120,000MT – of which the bulk was shipped out of the country without any value addition, he indicated.

The Cashew Processing Expert alluded that although Ghana’s RCN enjoys distinct advantages over other producers, challenges such as high RCN price and lack of access to affordable finance remain key impediment-factors in the under-utilisation of the country’s processing factories to generate additional revenues.

Processing cashew in Africa is said to be growing fast since 2016. This development has been attributed to conducive governmental policies, new technologies, and market lead initiatives. But the situation in Ghana does not reflect the general growth trajectory on the continent. The current utilisation is at a low rate of 25%; total processing installed capacity reached 60,000MT in 2020.

Mr. Pal added that besides the loss of additional revenues emanating from the failure to utilise cashew processing factories, there is also huge potential loss of support for the youth and women through the creation of new jobs and linkage premium to farmers, among others.

The Cashew Expert was addressing a virtual workshop that was aimed at introducing existing policy options within the international cashew space to the Tree Crops Development Authority (TCDA).

The workshop, organised by GIZ/ComCashew with support from the Swiss State Secretariat for Economic Affairs (SECO), presented experts and industry analysts’ views on the global cashew industry and trends; and the status, prospects and by-product processing in Ghana and the sub-region at large.

Mr. Pal stressed the need for the country to develop favourable policies to help unearth the huge potential of cashew – urging authorities to emulate the example of Vietnam, which has the most competitive cashew industry in the world: saying “Favourable governmental policies is the only way to incubate successful and excellence processing. Vietnam achieved its feat with over two decades of government strategic industry incubation support programmes”.

Mr. Foster Boateng, Deputy CEO of TCDA in charge of Operations, said mobilisation of resources is underway to fully set up the Authority’s office, while an action plan has been developed that was shared with its development partners.

He indicated that the TCDA has set three key agenda aims which it is working to accomplish by close of the year. First on the agenda he noted, is to get regulation for the various Tree Crop Associations; and second is to have a five-year strategy plan and also develop a digital platform system to fast-track its activities.