Farmers at Bole to benefit from 200,000 cashew seedlings

Farmers in the Bole district of the Savannah Region are to benefit from 200,000 cashew seedlings and a nursery to complement their normal production and boost plantations in the region.

The seedlings, when mature, will be distributed to farmers free of charge as part of government’s flagship policy Planting for Export and Rural Development (PERD), which is aimed at ensuring food sufficiency, poverty alleviation, as well increased jobs for the youth.

The District Chief Executive (DCE), Veronica Alele Heming who unveilled the project at Sonyo, commended farmers for their commitment and enthusiasm toward enhancing food security in the area as well the country. 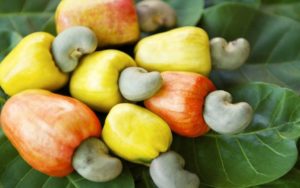 “The youth are our future leaders, and so if we do not prepare for them they cannot continue with the good work their leaders started. That is why government has introduced several initiatives to boost the economy,” she said.

The DCE, who was impressed with the rate at which youth in the area have shown interest in the process despite its nascent stage, said the assembly will continue collaborating with the agriculture department every year to get cashew seedlings for the farmers.

Bole’s District Director of Agriculture, Alhaji Ibrahim Mumuni, encouraged the farmers who will benefit from it to take good care of the project and ensure value for money.

He also encouraged the beneficiaries to adapt good agricultural practices to ensure good yield, adding that: “You should not allow government’s efforts to be in vain”.

A beneficiary farmer from Gbogdaa, John Bosco Kenyiri, thanked the DCE and Agriculture Director for their tireless efforts in getting this good initiative from government for their district’ and also called on his colleague-farmers to pass through the Bole District Agriculture Directorate to receive their seedlings.