Government has announced a joint partnership deal with the Chinese to construct a 100 million dollar chocolate factory at Sefwi-Wiaso in the Western North region.

The facility is expected to process about 50,000 tonnes of cocoa beans into chocolate in a year. 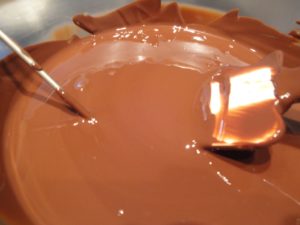 This is expected to help the country add value to its cocoa beans before export.

Speaking at programme organized by Ecobank Ghana on the Cocoa Supply Chain, Minister for Agriculture, Dr. Owusu Afriyie Akoto stated that the agreement will soon be signed in Ghana.

Dr. Afriyie Akoto explained that the Western North area is known to be major cocoa growing area, contributing to the export earnings of the country over the years.

He maintained that the move, apart from creating jobs will also provide an opportunity for the people in the area to be part of the value addition in cocoa production.

Even though Ghana is among the leading producers of cocoa in the world, less than 15 percent of the beans is processed in the country for cocoa products such as chocolate.

This has also negatively impacted the consumption of locally made Chocolate in the country.

The consumption of locally made chocolate remains low despite the celebration of the National Chocolate Day for over a decade.

According to the Cocoa Processing Company (CPC), Ghanaians consume only 400 grams of chocolate daily compared other developed countries that consume thrice the number.