Ghana Rubber Estates Limited (GREL) started as a small private plantation established by R. T. Briscoe in 1957 at Dixcove with a plantation size of 923 hectares. The plantation was nationalized into Agricultural Development Corporation (ADC) in 1960 and later, State Farms Corporation in 1962. At that time, the rubber plantation had expanded to 36,390 hectares in Dixcove, Abura and Subri.

GREL became wholly state-owned in 1980 when Firestone sold its shares in GREL to the Ghana Government. However, the Ghana Government entered into a financing agreement with the then Caisse Française de Development (CFD) now Agence Française de Development to rehabilitate and manage the company’s rubber plantation and to build a new rubber processing plant at Apimenim. 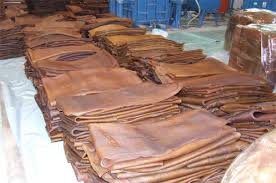