Cashew (Anacardium occidentale) is a tropical crop that grows well in all kinds of soil types. It is known to do well even in poor, semi-arid and transitional geographical zones. It grows well in areas with annual total rainfall of between 900mm and 1,400mm and with distinctive wet and dry seasons. Cashew nut in shell is the leading Non-Traditional Export earner after processed cocoa. 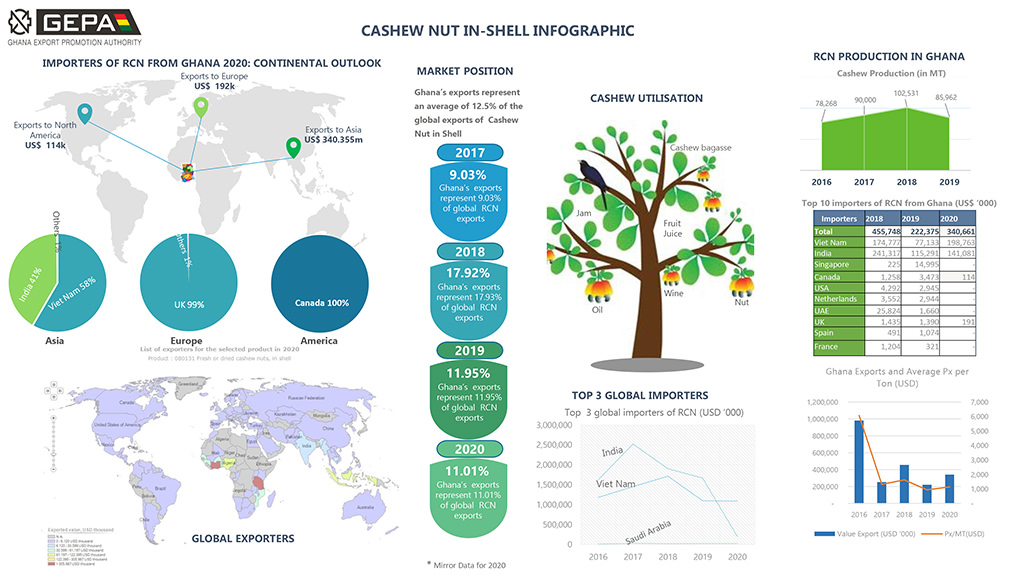 The main varieties of the commodity are the following:

These varieties are of high quality and taste, and are produced largely by medium and small-scale farmers in the rural areas mostly using organic production methods. The sector is well organized with sufficient infrastructural support, haulage, production inputs and more importantly the support of the government in the area of finance, policy and infrastructure. 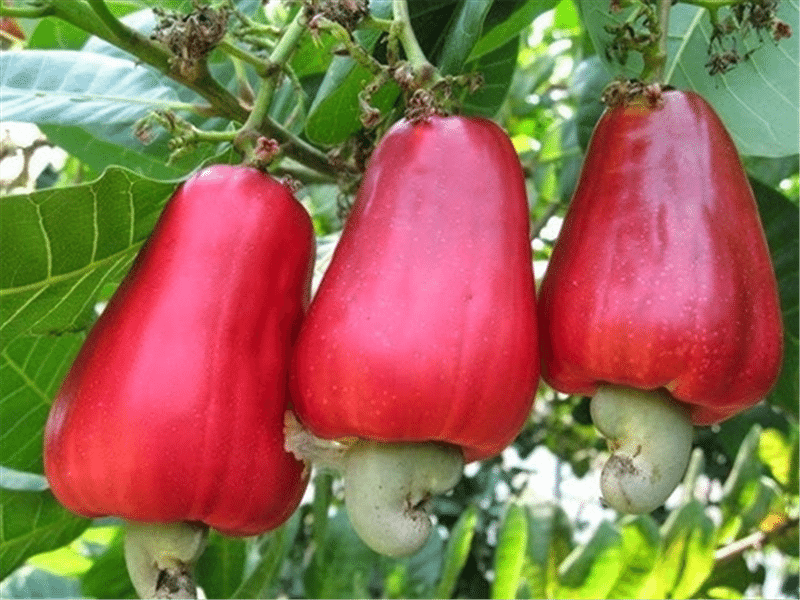 Importing Ghanaian cashew will give you several great advantages: 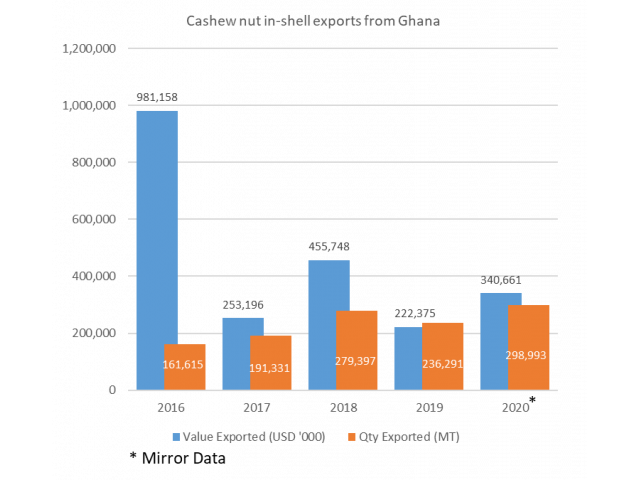 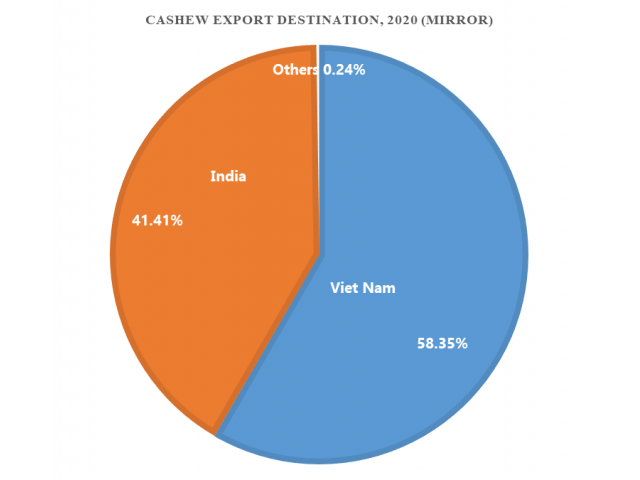 Bethel Incorporated Agencies was established in Ghana in October 2000 under the Registrar 1963 to trade in cash crops such as Voacanga Africana Seeds and Griffonia Simplicifolia Seeds as well as Cashew nuts, Robusta coffee, for export. The company is mainly export oriented, but equally buys and sells raw Botanicals…
Show: Bethel Inc. Agencies

Located in Sefwi Djaboso – Bonsai in the Western Region of Ghana, Gyarko Farms’ cocoa division produces high quality cocoa beans and cashew nuts for both local and the international market. The cashew division of Gyarko Farms is located at Nkoranza in the Brong Ahafo Region of Ghana. This is a vast…
Show: Gyarko Farms
Find your supplier

The African Cashew Alliance was established in 2006 as an association of African and international businesses with an interest in promoting a globally competitive African cashew industry. Today, nearly 130 member companies work under the ACA banner and represent all aspects of the cashew value chain, including producers, processors, traders, and international buyers.

The African Cashew Initiative (ACi) was created in 2009 to improve the production, processing and bringing to market of cashew nuts from five African countries: Benin, Burkina Faso, Côte d’Ivoire, Ghana and Mozambique. Funded principally by the Bill & Melinda Gates Foundation and the German Ministry for Economic Cooperation and Development, the project uses advisory services and training to help cashew farmers and processors meet international standards. The initiative – now renamed as Competitive Cashew initiative (ComCashew) – has achieved a very positive impact in the cashew market, and its organisers renewed and enhanced their commitment to the programme in 2016.

In June 1938 the Gold Coast Department of Agriculture established the Central Cocoa Research Station at Tafo to investigate problems of diseases and pests which had considerably reduced cocoa production in the Eastern Province. In 1944 it became the West African Cocoa Research Institute (WACRI) with a sub-station in Ibadan, Nigeria, and some research activities undertaken in Sierra Leone.

The objectives of the Institute were subsequently expanded to include research on other indigenous and introduced tree crops that produced fats similar to cocoa butter.

CRIG won the privilege of being the research wing of the National Cashew Development Project in 2002, and cashew has since become a mandate crop of CRIG.

CIAG is a non-governmental organization established in August 2012 and registered in September 2013 with the Registrar General’s Department of Accra, Ghana. The association is an umbrella body of players within the cashew supply chain with the aim of organizing the entire industry in Ghana into major groupings Producers, Processors, Traders, and Service providers.

CIAG collaborates with farmers, processors and research agencies such as the Cocoa Research Institute of Ghana (CRIG) and the Wenchi Agric Research Centre as well as international agencies such as the African Cashew initiative (ACi) and African cashew Alliance (ACA). Aims and objectives of the CIAG include:

The Global Cashew Council (GCC) is aimed at promoting usage and consumption of cashews, initiating nutritional and health studies, promoting food safety, developing quality standards, and increasing awareness of the health and nutritional benefits of cashews.