Resuscitating the Coconut Industry – GEPA on a Revitalization Mission 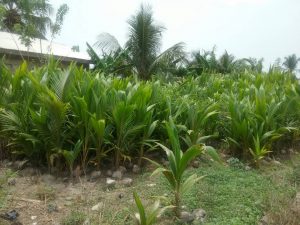 The coconut industry on Friday, April 6, 2018 received a boost of 40, 000 disease-resistant seedlings, from the Ghana Export Promotion Authority (GEPA), under the GEPA’s mandate, which is identify, develop and promote products with export potential.

At a meeting with members of the Coconut Farmers Association of Ghana (COFAG), at Anyinase in the Ellembelle district of the Western Region, Chief Executive Officer for GEPA, Madam Gifty Kekeli Klenam announced that “GEPA will assist COFAG with 40,000 disease-resistant coconut seedlings to the association for distribution its members.”

The support, according to Madam Klenam, is part of plans to resuscitate the coconut industry, under the revitalization mission of the GEPA, which targets crops such as cashew, pineapple and coconut.

Madam Gifty Klenam said, “GEPA under my leadership has embarked on an aggressive program to revitalize some of our export crops, with great export potential but which have suffered decline for various reasons.”

She added: “Market research has proven that coconut is in high demand on the international market and provides handsome returns for both producers and exporters.”

The objective of the revitalization programme, of cashew for instance, is to generate 300,000 metric tonnes from the present 80,000 metric tonnes, generating at least $3bilion in foreign exchange, of Ghana’s cashew export, by 2027 under the ten-year cashew development plan.

The plan, also aims at increasing the production of pineapple with the purchase of 5 million smooth cayenne pineapple suckers, to various out-growers to increase production to feed local processors and for export in fresh form.

The coconut revitalization program was launched in Gomoa Odumase, on Wednesday, March 14, 2018. 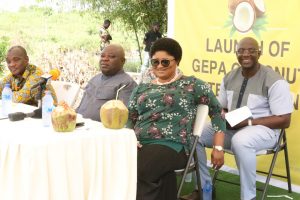 The program is expected to resuscitate the coconut industry from the debilitating effects of the Cape St Paul Wilt Disease, and to increase coconut production for export. 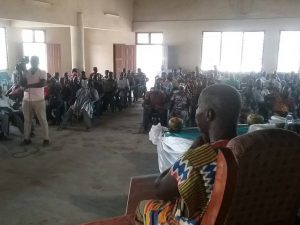 It is the firm believe of GEPA that, by supporting various coconut farmers in the various regions of Ghana with disease-resistant seedlings for planting, the Authority is contributing to the government’s vision of ‘Planting for Food and Jobs’.