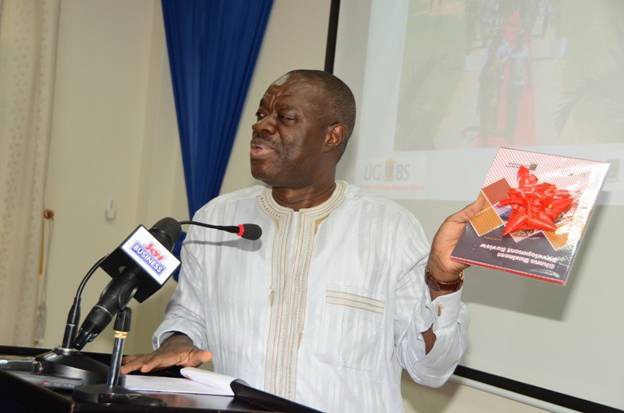 The introduction of the national Single Window system has saved Ghana $500 million since its implementation in 2016, a University of Ghana Business School (UGBS) report has stated.

The Minister of Business Development, Mohammed Awal, launched the report at a ceremony held in Accra last Friday.

The GBDR is a research-based report that provides regular reviews of development and performances of businesses across various sectors of the economy.

The report also provides an outlook with respect to investment and growth opportunities, as well as policy direction.

The Single Window system was introduced by the government to enhance trade facilitation at the ports and also increase government revenue at the various ports of entry.

The computerised concept is meant to ensure a seamless, efficient and user-friendly e-clearance regime.

It also provides an opportunity for traders to lodge their documents, including certificates of origin, invoices, customs declarations and import/export permits, at a single location (electronically) to be accessed by all regulatory and trade agencies, instead of traders sending copies of the same documents to different agencies.

The system ensures that what is declared is collected in revenue, thereby eliminating undervaluation and payments, which have been the bane of tax collections at the country’s trade points.

In Ghana, the system is being implemented by Customs World Dubai, in partnership with other companies.

According to the report, the introduction of the Single Window system, apart from increasing revenue, had also made operations at the ports more effective and productive.

The report also quoted figures from the Ghana Revenue Authority’s Customs Division’s Monthly Revenue performance, noting that the implementation of the single window system had increased government revenue significantly by 24 per cent over the past two years, rising from GH¢744 billion in 2015 to GH¢975 billion in 2017.

According to the report, the Xpress Card was directed at addressing the cumbersome procedures at the ports to facilitate payment of Customs Duty on the Ghana Trading Hub Portal to the Ghana Revenue Authority (GRA).

“The launch of this payment platform has “greatly increased transparency and reduce the possibilities for irregular interventions and payments,” it said.