The Association of Ghana Industries(AGI) is to collaborate with the Cocoa Research Institute of Ghana (CRIG) to train young entrepreneurs in the manufacturing of chocolate, cocoa byproducts and other research products developed by CRIG to enable them start something on their own .

This was disclosed by Mr Dela Gadzanku, the Regional branch of the AGI when he visited CRIG at New Tafo in the Eastern Region.

He explained that if Ghana is to move beyond aid and industrialise, there was the need to make more locals to go into cocoa processing and production.

“This is to afford the country the opportunity to take advantage of the $100 Billion available in the cocoa industry to create jobs for the people.” 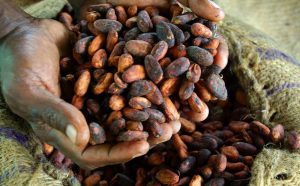 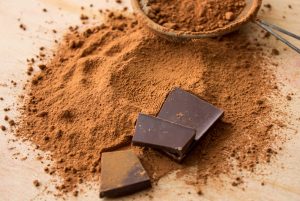 Mr Gadzanku called for efforts to promote cocoa products as one of Ghana’s first exports under the African Continental Free Trade Area (ACFTA).

Mr Gadzanku said if the country was able to get more of cocoa products to the Ghanaian and international markets, it could enhance the economic fortunes of the country.

The visit by the AGI was to afford the association the opportunity to familiarize with CRIG and to find best ways to collaborate to boost the cocoa sector.

The delegation as part of the visit was taken round the various departments of CRIG including; the new products area, where chocolate and other cocoa byproducts were manufactured and a shop where products researched on were displayed for sale.

The Executive Director of CRIG, Dr Isaac Yaw Opoku said, their mandate as an institution was to act as the research wing of the Ghana Cocoa Board to help find solutions to production problems of cocoa, coffee, cashew, cola and shea nut.

He said in 2000, Ghana’s cocoa production was around 390,000 metric tons, so cocoa research suggested to COCOBOD that if issues such as blackpod disease, pest infestation and soil nutrition management were addressed, production could go up.

As a result of the intervention, cocoa production of the country rose to 600,000 metric tons by 2004.

He indicated that CRIG had done a lot for the cocoa industry because previously cocoa took seven years to be harvested, but, now it took only 18 months to be harvested all through the help of technology developed by CRIG.