The ports of Rotterdam, Antwerp and Hamburg lead maritime logistics in Europe

According to Port Economics, the three main container ports in Europe maintained their leadership in 2019. Rotterdam is still the largest, followed by Antwerp, which has registered positive growth figures in the last five years, and Hamburg, which has again seen a growth in the movement of containers after many years of stagnation.

Meanwhile, the German port of Bremerhaven, which has historically stood fourth in the ranking of the main container terminals in Europe, is expected to lose its fourth place, having been displaced by Piraeus, in Greece. In fact, Valencia and Algeciras, both in Spain, may actually also overcome it. 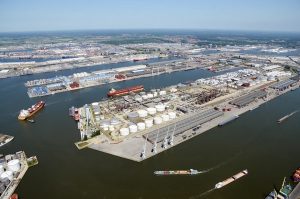 In the case of Genoa, container performance experienced near zero growth, while Bremerhaven, Felixstowe and Southampton are expected to have recorded traffic losses in 2019.

Port plans
The Netherlands is capitalizing on the two Maasvlakte 2 terminals that opened about five years ago, as well as on other large-scale facilities, such as the Euromax terminal. The APM T terminal of Maasvlakte 1 is planned to be transferred to HutchisonPorts.

For its part, Antwerp is awaiting the formal implementation of a capacity extension plan which should add a combined capacity of more than 7 million TEUs. That way, the Deurganckdock is now at the heart of the container business in Antwerp, particularly after the MPET (TIL / PSA) large-scale container port moved from the Delwaidedock on the right bank to this pier in 2016.

Hamburg has also revealed plans for a partial reconversion of an existing port area.