Durban played host to the second Intra-African Trade Fair (IATF) which took place at the ICC this week. The seven-day event, which ends tomorrow saw buyers, sellers, investors and governments from across Africa come together to forge new relations, business opportunities and to boost trading within the continent. 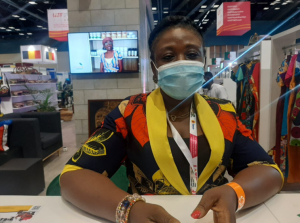 Rhoda Appiah from Ghana said the fair afforded the opportunity to traders to learn new ways on how to trade with other countries in Africa.

“We are engaging with prospective people who come to our stand and make them aware of the provisions that are available and the kind of support they can get from us. Our primary aim throughout the event was to have regulative bodies on the continent to have a simple and easy to access regulative framework. This will be able to assist businesses to move their goods and services across the continent without too many barriers and frustration because if IATF succeeds, we are talking about reaching out to a big market with around 1 billion people with a total GDP of a trillion dollars per annum. This is an opportunity that you can not trade for anything, it is about time we support this initiative and make the continent what it is supposed to be,” said Appiah. 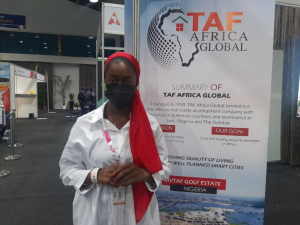 Marieme Diop from Nigeria said, “We are here because we believe in the Intra-Africa Trade Fair initiative. We are also looking for suppliers since we mainly import all our products from construction to furniture, so the idea is that since we mainly import from China, Turkey and Poland, we also like to trade and import to African countries and have partners in the Sub-Saharan continent. The Trade Fair was pretty interesting, we did a lot of networking, and met a lot of people from different backgrounds and countries. Mainly, it is very satisfying and interesting. I must admit, we struggled the first day with organising but after a few days we got it right. I think we should be doing events such as this one more often and we are very satisfied about it.” 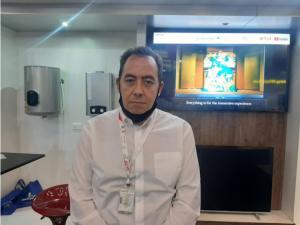 Mohammed Hussein, from Egypt, said he was interested in expanding his business throughout Africa.

“We have already expanded our electronics in South Africa which is currently doing very well in the markets. There are many benefits in this trade fair as it enhances cooperation with the different countries and companies which we can work with. This will also increase and enhance relations between SA and other countries,” said Hussein. 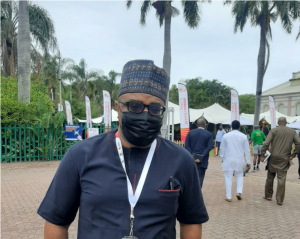 Richard Isokrari, from Nigeria said the exhibition was fantastic.

“The first day was a bit slow in setting up which took forever. However, apart from that I have been pretty impressed with the turn out and also with Durban. We were able to network and make new partners and be able to expand within the borders of Africa,” said Isokrari.